​​Talk first to a tax attorney before confiding in your accountant anything about your IRS tax problems!

Report Worldwide Income - By law, U.S. citizens and residents must report their worldwide income. This includes income from foreign trusts and foreign bank and securities accounts.

Offshore Voluntary Disclosure Program (OVDP) - The IRS is offering taxpayers with undisclosed income from offshore accounts another opportunity to get current with their tax returns. The 2012 OVDP has a higher penalty rate than the previous programs, but offers clear benefits to encourage taxpayers to disclose foreign accounts now rather than risk detection by the IRS and possible criminal prosecution.

Expatriation Tax - The expatriation tax provisions under Internal Revenue Code (IRC) sections 877 and 877A apply to U.S. citizens who have renounced their citizenship and long-term residents (as defined in IRC 877(e)) who have ended their U.S. resident status for federal tax purposes. Different rules apply according to the date upon which you expatriated.

​Tax Treaties - The United States has income tax treaties with a number of foreign countries. Under these treaties, residents of foreign countries are taxed at a reduced rate or exempt from U.S. income taxes on certain items of income received from sources within the U.S.  Because treaty provisions are generally reciprocal (apply to both treaty countries), a U.S. citizen or resident who receives income from a treaty country may also be taxed at a reduced tax rate by that foreign country.  While tax treaties may reduce U.S. tax for nonresidents and foreign tax for U.S. residents and citizens, each treaty must be reviewed to determine eligibility for these provisions.

Foreign Tax Credit - If you paid or accrued foreign taxes to a foreign country or U.S. possession and are subject to U.S. tax on the same income, you may be able to take either a credit or an itemized deduction for those taxes.  You can claim a credit only for foreign taxes that are imposed on you by a foreign country or U.S. possession. Generally, only income, war profits and excess profits taxes qualify for the credit.

Taxation of Dual-Status Aliens - You are a dual status alien when you have been both a U.S. resident alien and a nonresident alien in the same tax year. Dual status does not refer to your citizenship, only to your resident status for tax purposes in the United States. In determining your U.S. income tax liability for a dual-status tax year, different rules apply for the part of the year you are a resident of the United States and the part of the year you are a nonresident. The most common dual-status tax years are the years of arrival and departure. 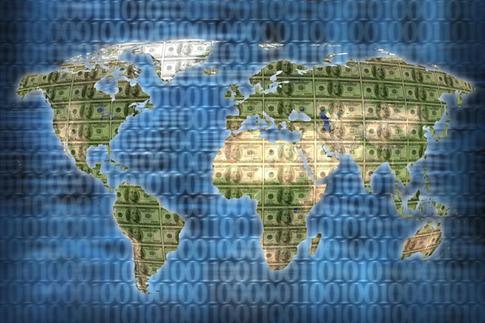 Hiring the right tax attorney, especially an affordable tax attorney, to help resolve your IRS tax problems can mean the difference between "financial life or death." Charles Dillon is an internationally recognized tax attorney, who stands apart from all other tax attorneys in Maryland. For nearly 20 years, he has been working with the highest levels of government and clients from all corners of the globe have hired him for his tax resolution services. In fact, his professional achievements have been recognized by world leaders, high level government officials and the media. When you hire Charles Dillon to help resolve your IRS tax problems, you are hiring a tax attorney with a vast amount of legal experience solving complex IRS tax problems. He understands the stakes are very high.

Experience You Can Trust